In addition to the surgical treatment of nevi, as it is called among the people, it is possible to apply the laser method to nevi and get results. The application of the laser method in the removal of nevi can be explained by the working principle of laser treatment. Laser beams overheat nevi that are darker than the skin color, causing them to disappear. Benign and not very large nevi in the dermis (middle skin layer) and epidermis (upper skin layer) can be treated. Nevus treatment with laser Plexr and Q-Switched Nd:YAG Laser types are used. Which type of laser treatment to choose is determined after the doctor's examination.

Can All Nevuses Be Removed With Laser?

Unfortunately, not all nevi can be treated with laser. Benign nevi can be treated with laser application. At this stage, it is very important to determine whether the nevus is benign or malignant. It is determined by the specialist physician and nevi that are likely to be malignant are understood after pathological examination. So; At this stage, a specialist doctor examination is absolutely essential. There are multiple criteria in determining nevi that are likely to be malignant. The first of these is the size of the nevus. If the diameter of the nevus is larger than 5 cm, it is likely to be malignant and laser treatment is not applied before it is detected. Second are the colors found in the nevus. If the nevus has different colors and does not contain a single color, there is a possibility that this nevus may be malignant and pathological examination is required. Another is the presence of irregular shapes at the borders of the nevus and not having sharp lines. Finally, if there are non-symmetrical shapes on the nevus that cannot be considered normal, it should be determined.

If the nevus on the skin is small and located on the epidermis, the procedure is usually completed without leaving any scars. If the nevus is a deep and relatively large nevus, it is possible to leave a small, skin-colored scar.

Plexr (PLASMA) technology applied in the treatment of wrinkles, acne scars, skin cracks and eyelids is also very effective in removing nevus. It is usually a single session application. However, if needed, an additional session can be done. When the Plexr device is moved over the nevus, the nevus evaporates as a thin layer. The process is continued until it reaches the skin level. A scar the size of a nevus is formed in the area where the nevus was taken. In about 4-6 days, the wound takes the form of a crust and the crust falls off in the next 5-6 days. After the crust falls off, the remaining pinkness returns to normal within 2 weeks to 2 months. Plexr can be applied to nevi that are not raised on the skin surface, as well as to nevi that are raised or fleshy.

Who Can Be Applied to Laser Nevus Treatment?

There is no lower or upper age limit for laser nevus treatment. All benign and benign nevi can be removed by the specialist physician.

If the nevus on the skin is small and located on the epidermis, the procedure is usually completed without leaving any scars. If the nevus is a deep and relatively large nevus, it is possible to leave a small, skin-colored scar.

Who Can Be Applied to Laser Nevus Treatment?

There is no lower or upper age limit for laser nevus treatment. All benign and benign nevi can be removed by the specialist physician.

Is pain felt during nevus treatment with laser?

A certain pain is felt in all laser procedures. But this pain is not at very high levels. Despite this, the procedure can be performed painlessly with pain relief cream or local anesthesia.

How Many Sessions of Laser Nevus Treatment Are Performed?

After the nevus examination, a single session or 3-6 sessions (if it will be done with q switch) are required depending on the procedure to be applied.

The number of nevi to be removed, the type of laser treated, the size of the nevi removed are the primary factors affecting the price of laser nevus treatment. In addition, the price may vary depending on the technology used in the center where the procedure is performed and the experience of the specialist physician who performs the procedure. 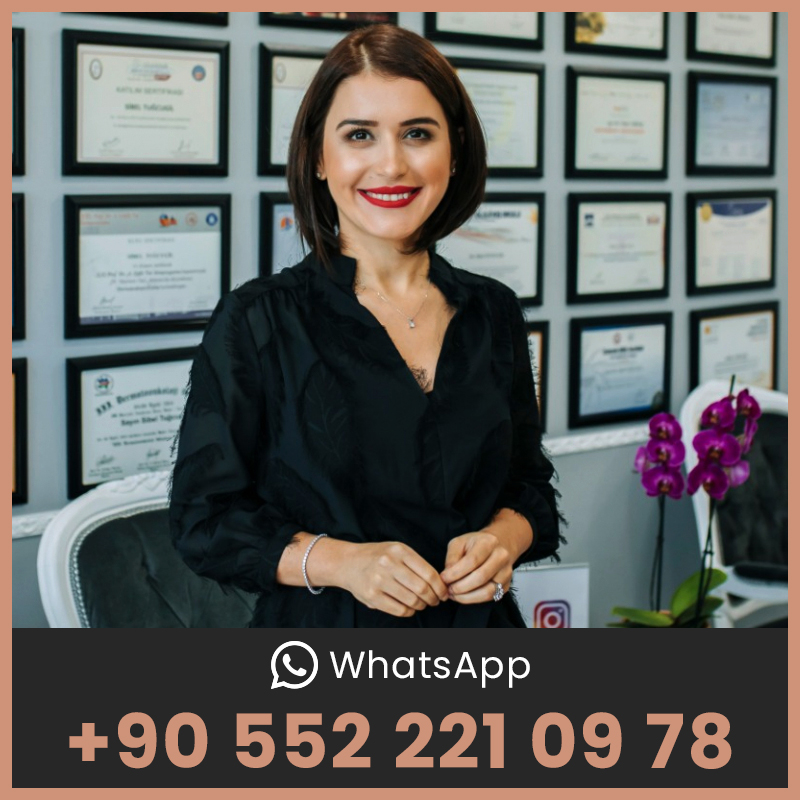